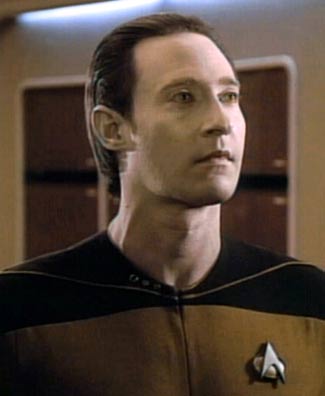 Last week I mentioned that there are some trends in human behaviour that go back to before recorded history - perhaps before we were human. This week we're going to look at the one that I find most personally fascinating: automation.
___

Cyborgs are humans with tools integrated into their physical forms and behaviours. Glasses. Pacemakers. Pencils. Cars. We're all cyborgs.

Automatons are machines with humanity integrated into their physical forms and behaviours. Lighters. Printers. Plumbing. Phones. Automation is everywhere.

For hundreds of thousands of years humans (and our progenitors) have been automating ourselves into tools, and integrating our tools into ourselves. Other animals create and use tools or integrate them into themselves; we do both on a scale unparalleled in the rest of nature. We do this to preserve life and quality of life: artificial hips are one thing, and implanted artificial lenses that allow you to see the ultraviolet are another (thank you SGU!). Our dependency on technologies and tools dates back far further than most people consider. Only one primate survives with a digestive system that is tiny and weak.* Only one animal can throw at all.**

Humans are not just tool using apes. We are apes made of tools, physical and mental. On the physical side, our brains are built to integrate the tools we use into the our sense of self. When a driver says "I can feel the road" or an athlete can "feel the puck" it's not a metaphor or imagination. (For a really deep dive into this check out "Natural Born Cyborgs" by Andy Clark, published by Oxford University Press in 2003. The Brain Science Podcast is also a great resource.) 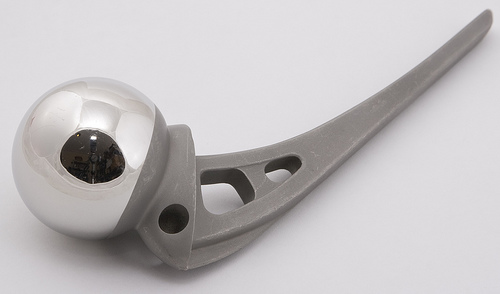 Automation and cyborization are important because they are both part of our nature. It bears repeating: we are not just tool-using animals; we are animals that integrate tools into ourselves and ourselves into our tools.

Fire and ballistic weapons are baked into our DNA, and show up in our guts and our shoulders. In the first case, the capacity to cook food liberated so many calories that our physiology was transformed. In the second case, the capacity to accurately throw random objects with force likely did something similar.

At the most fundamental level humans are animals with two extreme traits. We'll talk about social another time; auto-cybo-mati-rg-on has more territory to cover.

What does this have to do with being a Business Analyst?

Many of the things that BAs do today are hard to automate - but at some point in the past everything was hard to automate. The integration of humans and tools isn't over. It can't be. Firestarter was a job. Printer was a profession. Computer was a profession. Those were hard, yet they were turned into matches and boxes that sit on your desk. Human are not humans without tools.

I describe this in three Automation Axioms of human behaviour: 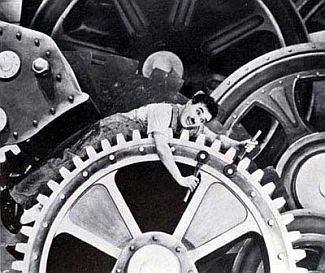 So why does this matter to BAs? It matters because the automation of entire industries, and the job displacements that resulted - they're not over. Knowledge workers are next.

I was able to dictate this sentence into my computer, with no effort whatsoever. Transcriptions were once a purely human job. What will happen when a cell phone on the desk can record everything that you do in an elicitation session? What happens when that phone can translate all the diagrams on the whiteboard, all the words that were spoken, everything that was written down - and turn it all into a document that is indexed and useful? What happens when the cell phone can ask the questions, project the diagrams, and record the responses, without human intervention?

It is going to happen. Business Analysis is hard work that requires expertise, subtlety, and knowledge, but betting that our profession won't be automated is betting against human nature - and that's a sucker's bet.

This does not deny the pleasure we feel performing tasks "from scratch." My wife and I have recently started making (excellent if I must say so) bread at home. I am the bread machine (the one kneading the dough), and my shoulders are getting nicely toned (we do like the heavier loafs). Still... "from scratch"?

If humanity (not individual humans) are engaged in a long term integration with our technologies, it is easy to fear the dystopian future where we are subjugated or subservient to our own creations. This concerns me, in the same way that house fires and car accidents concern me. I take reasonable precautions, and then get on with baking and driving.

When your mother kissed your cheek good-night - that isn't something that can be automated. Sure, a machine could plant a kiss, but if the automaton can share the emotional interaction involved in a good-night tuck-in, it can't really be classified as a machine. In the episode "Measure of a Man" from Star Trek: The Next Generation, the claim that "Data is a toaster!" was clearly not true. But why? R2D2, HAL - these were not really machines in that sense. They were sentient beings clad in strange shapes and colours. They were people.

Conclusion: Automation and You


This long term trend of human-tool interaction should be of special interest to BAs. Automation will continue to enable our role in fantastically powerful ways - which is the same as saying that it erodes the things that make our role difficult. Creating androids that we relate to as people is a very challenging technical problem, and one that won't be solved quickly.

Your star power as a BA is rarely based on your virtuosity with a tool or a technique. Sure, Word Wizardry can help - but WhiteBoard Wizardry can change lives too. Consider the parts of your role that machines won't be able to do any time soon. Most of them have to do with human contact.

Automatons can do a lot, but they can't be human - yet.