Makers were first. Who will be last?

So how do we make changes?

A maker is an individual contributor who explores the world, fiddles about, and makes a change. A Maker may be an artisan, artist, scientist, engineer, inventor... the list is long. All makers have common threads: curiosity, expertise, and a preferred medium or form (which may change over time). Musicians make music. Teachers are makers too: they work with minds and bodies.

Makers can be contrasted with Doers, who use what's been made. Everyone is some combination of both; it is a spectrum, not opposites or an isolated, forced choice.

Without Doers, organisations can not be sustained.

Without Makers, there is no "controlled transformation of an organisation"... or of anything else.
This mode of change works as long as it's a change one maker can create alone. It breaks the moment that more than one person is making one change.

As soon as two people are working on one thing, the quality of the output will change. Maybe it goes up, maybe it goes down, but it will be different. And what if two makers are working on different components of one thing? Can the stonemason build the door for the house? Individual contribution breaks down as soon as the work requires more than one human; Testers ensure that the quality of that work high enough. Consistency, repeatability, quality - the Tester makes sure that Makers working together produce results that meet a certain standard. (Testers also work with Doers on sustaining an organisation - but that's a topic for another day.)

This mode of change works as long as the change is simple enough to coordinate spontaneously. It breaks as soon as logistics get complicated.

What happens first? After that? And then? What if it doesn't? Do we have the resources (people, processes, tools, information) to make it happen? Where is that input coming from? When? For how much money?

Testing the quality of a change is necessary, but it only matters if the change is completed. Controllers and coordinators - often called Project Managers in the modern day - deal with the logistics of a change. Controllers make it possible to coordinate tens of thousands of people for years, to resolve a single question or solve a single problem.

This mode of change works as long as the need is easy to understand and describe.

What are we trying to achieve? Why are we working toward this outcome? Will it matter if the context changes? Who gets value from this? What kind of value? What about needs that can't be stated in 21 words?

Controlling a change is only valuable if it's a valuable change; it only matters if the purpose of the change is understood. When the purpose is simple, Control is enough - even when the solution is astoundingly complex. The Apollo program is a brilliant example.

"...the goal, before this decade is out, of landing a man on the Moon and returning him safely to the Earth."

A change that some had imagined but was at that time impossible, and the purpose articulated in 21 words. It was realised through project management, testing, and making. In the end, the Makers built something insanely complex and with shockingly high quality. Controllers made it happen in the right order - and made it happen at all.

This mode of change works as the change can be described in a few dozen words. Small words. Quoting from Galaxy Quest (one of my favourite movies of all time), "Explain as if to a child."

In case it isn't obvious - the change discipline that is founded in understanding is Business Analysis.

This mode of change works as long as the needs can be understood, at least in principle. Information theory, mathematics, and basic logic all tell us that there are things which we can not know, however. What do we do about needs that can not be directly anticipated? What do we do about disruptive, unpredictable change?

...and that's what well talk about next week. 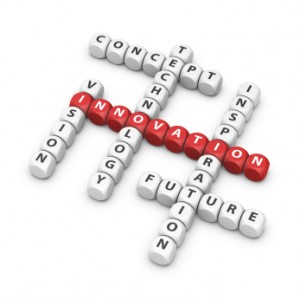